Blow the anti-epidemic assembly horn! The equipment manufactured by this company produces more than 20 million mask per day!

Blow the anti-epidemic assembly horn! The equipment manufactured by this company produces more than 20 million mask per day!

The sudden emergence of a new coronavirus infection with pneumonia not only affected the hearts of every Chinese, but also launched a "anti-epidemic" defense battle without smoke in the whole country. At this important moment of unanimous "anti-epidemic", many health products companies also took the responsibility and used their own power to sound the "assembly number" of anti-epidemic.

Jiangsu JWC Machinery Equipment Co., Ltd. (hereinafter referred to as "Jiangsu JWC") is a national high-tech enterprise specializing in the research, development, production and sales of disposable sanitary products and equipment. It is one of the backbone enterprises in the domestic sanitary equipment industry. "Won the national well-known trademark. All along, about 85% of the company's machinery products have been exported to 109 countries including the United States, South Korea, Indonesia, and Singapore. 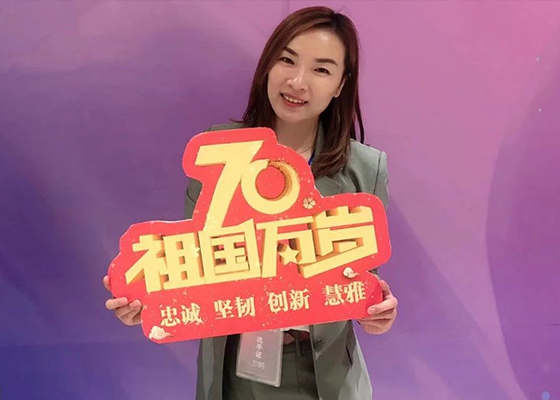 At present, this health equipment company has chosen to stop all foreign orders, and is making every effort to build a mask production line, only to contribute to the domestic "anti-epidemic" defense battle. 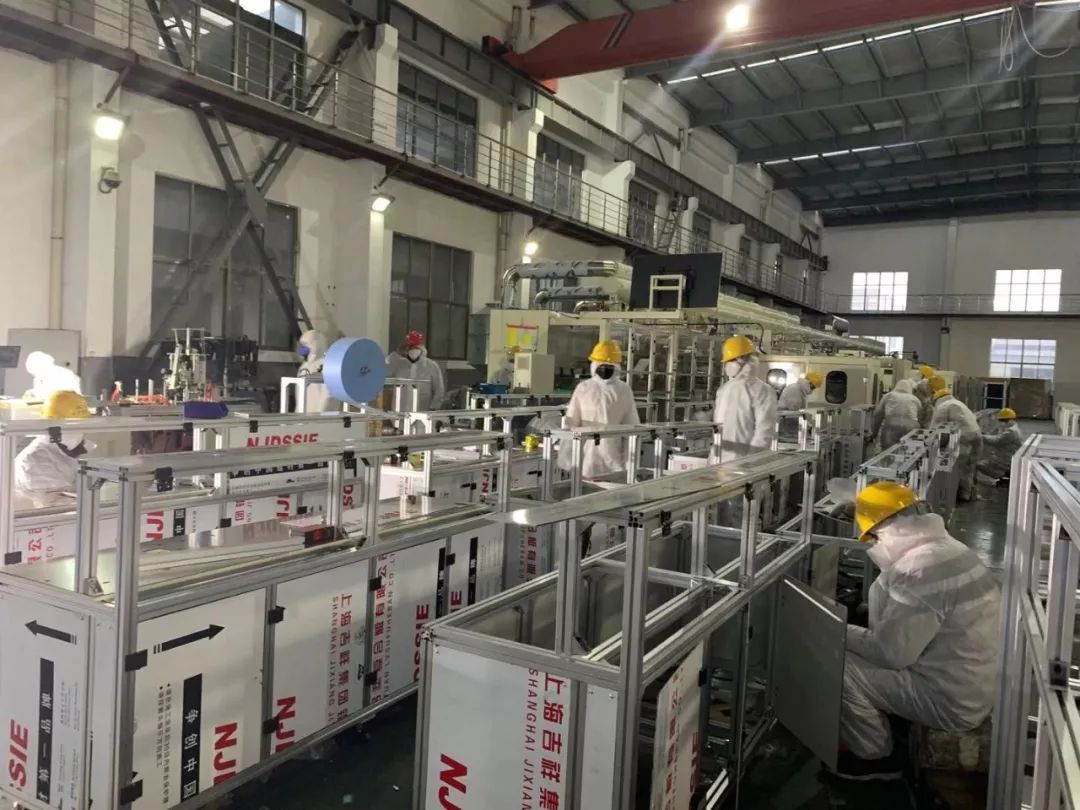 A hard cover is hard to find, carrying the heavy burden of the production line

Since the outbreak of pneumonia caused by the new coronavirus, the demand for domestic masks has exploded. It has also been affected by the suspension of the Spring Festival and the rework of workers. This has led to the limitation of mask production capacity. The shortage of masks and even the interruption of supply have forced domestic disposable mask manufacturers to strive to expand production capacity. Even the general manager of Jiangsu JWC who was abroad, Ju Daixia, was deeply touched by the phenomenon of "it is hard to find a cover".

Faced with the "stress" of the mask production line and the increasing number of domestic infections, Ju Daixia realized the importance of "anti-epidemic" and, after consulting with her husband Chen Bin, immediately decided to return to China to resume work.

Regardless of gains and losses, ramp up production with full horsepower

On January 30 (the sixth day of the New Year's Day), Jiangsu JWC resumed work ahead of schedule, suspended all foreign customers' production line orders, and put all their thoughts on catching up the mask production line to meet the capacity needs of domestic mask factories. At the risk of "default", Ju Daixia sent apology emails to customers who ordered diaper and sanitary napkin production lines in the United States, Germany, Algeria and other countries to delay delivery for at least one month, and obtained these customers ’apologies. Understanding.

In fact, compared to many production lines such as diapers and sanitary napkins, masks only belong to a relatively small category of the company. According to Ju Daixia, the shipping price of a mask production line does not exceed 450,000 yuan, and the price of a diaper production line reaches about 7 million yuan. However, in the current epidemic situation, if you walk into the factory of JWC in Jiangsu, you will only see the production of mask equipment. Other equipment including diapers and sanitary napkins have long been discontinued. "I'm on top of it, I can only consider our domestic needs first." Ju Daixia said.

However, in the process of stepping up the production of the mask production line, the factory of Jiangsu JWC once had a problem of shortage of stock materials. It is understood that the factory stock material during the Spring Festival is only enough to produce about 70 mask production lines. Without enough materials, it is impossible to produce enough mask production lines. For this reason, Jiangsu JWC urgently needs to purchase raw and auxiliary materials and related materials for production lines concentrated in Shandong, Zhejiang and other places. With the help of the "pass" issued by the Jinhu County Government, the company has finally overcome the problem of high-speed road closures in many places recently, so that the transportation channels for the purchased resources can be smoothed all the way to meet production needs in a timely manner. 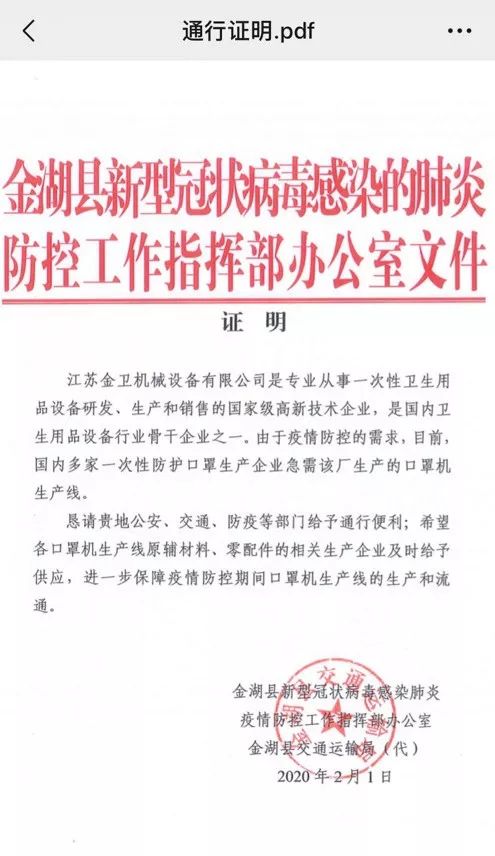 After working hard to live up to the difficulties, after solving a series of difficulties, Jiangsu JWC has received more than 200 mask production lines. The delivery time of these equipment is 20 days, 30 days, 40 days, and 50 days. After all equipment can be delivered to production at the end of March, the daily production capacity of masks is expected to exceed 20 million, which is equivalent to the total daily production capacity of national masks before the epidemic. , Will help alleviate the need for masks for Chinese people.

In the moment when the epidemic is inevitable and "life is heavier than Mount Tai", every move of the company is demonstrating the value of responsibility. I believe that with the joint efforts of many companies such as Jiangsu JWC and the people of the whole country, the shortage of masks will be resolved as soon as possible, and the victory horn of the "anti-epidemic" defense battle will be blown as soon as possible! 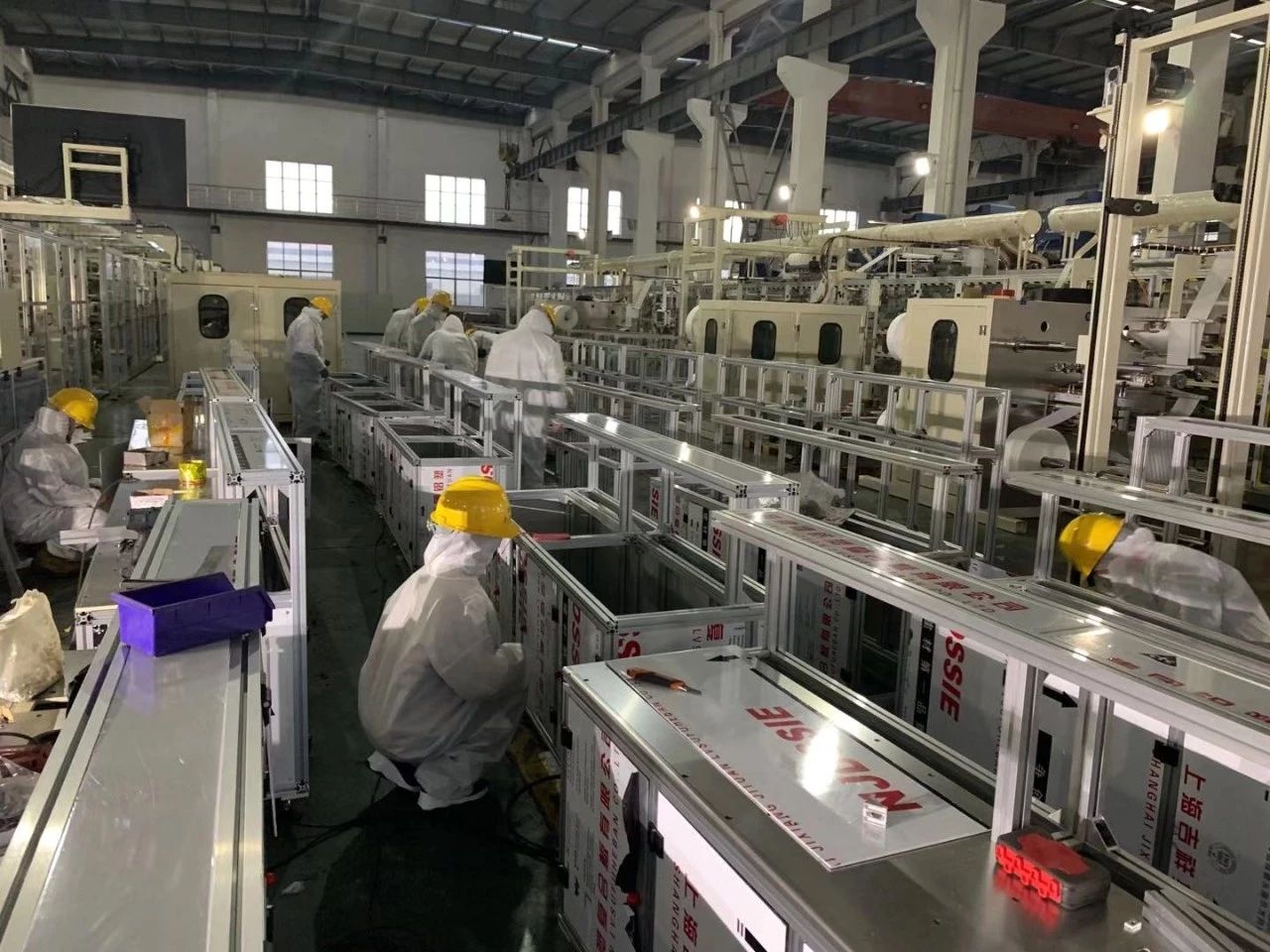